On December 18, 2007, we will be making modifications to the GFS-based gridded MOS guidance for the CONUS. Based on feedback we have received from users of the gridded MOS, we will:

1) modify the mask that designates whether a gridpoint is land or water (land/water mask)
used in the analysis process
2) modify the QPF analysis scheme, and
3) remove stations from the analysis

More details are provided below.

The analysis was modified slightly because it was felt our expected value approach was too conservative. This new method results in higher precipitation amounts. 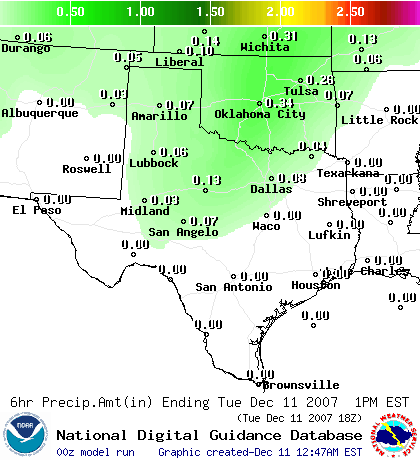 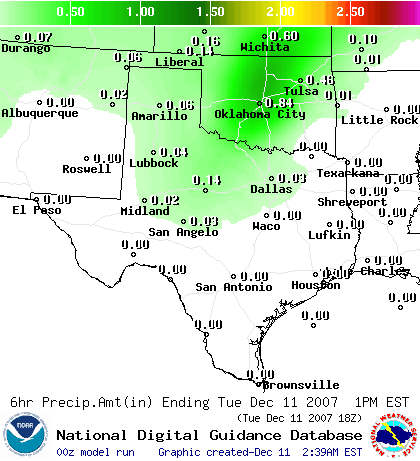 Change 3: Removal of stations from analysis

The following list of stations will be removed from the analysis for the given elements based on user feedback indicating these stations were causing errors in the analysis.